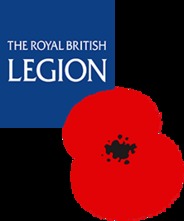 We are very pleased to announce that yet again we shall be providing support during the Hassocks & Keymer Remembrance service on Sunday 12th November. The service shall begin at St John the Baptist Church in Clayton at 10:45am, where names of the Fallen will be read and a wreath will be laid followed by a few prayers. After an hours service there shall be a further wreath laying at the headquarters of the Royal British Legion in Hassocks on Woodsland Road at 12pm. From 2pm there shall be a Parade marching from Woodsland Road to The United Reformed Church on Keymer Road for the 2.30pm service of Remembrance. The Parade will then continue on to the War Memorial in Keymer for further wreath laying and prayers, before finally returning to the RBL Headquarters on Woodsland Road for light refreshments.

We shall once again be donating all charges for the day back to the Royal British Legion, so they may continue to support the Armed Forces of the past and the present.